Paul S. Weiss holds a UC Presidential Chair and is a distinguished professor of chemistry & biochemistry and of materials science & engineering at UCLA. He received his S.B. and S.M. degrees in chemistry from MIT and his Ph.D. in chemistry from UC Berkeley. He was a postdoctoral member of technical staff at Bell Laboratories and a visiting scientist at IBM Almaden Research Center. He served as the director of the California NanoSystems Institute and held the Fred Kavli Chair in NanoSystems Sciences at UCLA from 2009-14. Before coming to UCLA, he was a distinguished professor of chemistry and physics at Penn State, where he began his academic career in 1989. His interdisciplinary research group includes chemists, physicists, biologists, materials scientists, mathematicians, electrical and mechanical engineers, computer scientists, clinicians, and physician scientists. They focus on the ultimate limits of miniaturization, exploring the atomic-scale chemical, physical, optical, mechanical, and electronic properties of surfaces, interfaces, and supramolecular assemblies.

Weiss has been awarded a NSF Presidential Young Investigator Award, the BF Goodrich Collegiate Inventors Award, an Alfred P. Sloan Foundation Fellowship, the ACS Nobel Laureate Signature Award for Graduate Education in Chemistry, a John Simon Guggenheim Memorial Foundation Fellowship, a NSF Creativity Award, and the ACS Award in Colloid and Surface Chemistry, among others. He was elected a fellow of: the American Association for the Advancement of Science, the American Physical Society, the American Vacuum Society, the ACS, the American Academy of Arts and Sciences, the American Institute for Medical and Biological Engineering, and an honorary fellow of the Chinese Chemical Society. He has been a visiting professor at Caltech, Harvard, the Institut National de la Recherche Scientifique, Kyoto University, and the University of Washington, He is the founding and current editor-in-chief of ACS Nano. At ACS Nano, he and his team won the Association of American Publishers, Professional Scholarly Publishing PROSE Award, Best New Journal in Science, Technology, and Medicine, and ISI’s Rising Star Award a record ten times.

“Exploring the Ultimate Limits of Miniaturization”

Abstract: We use molecular design, tailored syntheses, intermolecular interactions, and selective chemistry to explore the ultimate limits of miniaturization. We direct molecules into desired positions to create nanostructures, to connect functional molecules to the outside world, and to serve as test structures for measuring single or bundled molecules. Interactions within and between molecules can be designed, directed, measured, understood, and exploited at unprecedented scales. Such interactions can be used to form precise molecular assemblies, nanostructures, and patterns, and to control and to stabilize function. We selectively test hypothesized mechanisms of function by varying molecular design, chemical environment, and measurement conditions to enable or to disable function and control using predictive and testable means. Critical to understanding these variations has been developing the means to make tens to hundreds of thousands of independent single-molecule/assembly measurements in order to develop sufficiently significant statistical distributions, while retaining the intrinsic heterogeneity in the measured function of the molecules and assemblies. We have likewise developed and applied the means to map buried chemical functionality and interactions. The next steps are to apply these ideas to biomolecular assemblies and larger biological systems to understand the variations in structure and function that have been inaccessible to study.

Cost: There is a choice of dinner entrees of Marinated Grilled Rib-Eye Steak w/ herbed polenta, veal demi glaze, and vegetables ($40) or Portobello Mushroom Ravioli w/ Swiss chard, porcini cream sauce and truffle oil drizzle ($40). Both options include a hosted social hour, salad, dessert, wine with dinner and tax and tip, payable at the door with cash or check. Please RSVP to Nancy in the Section Office at office@scalacs.org by Friday, May 5, 2017.

Directions: For directions to the campus, use this link: http://maps.ucla.edu/campus/?locid=83901. Parking is $12 for guest parking in Parking Lot 2 (just south of the Faculty Center). 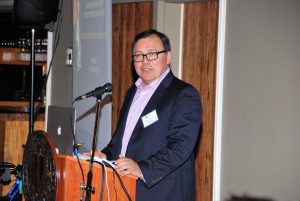 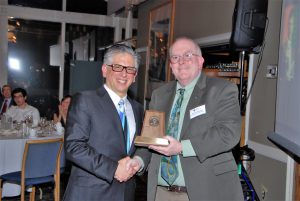 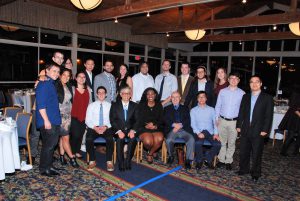 Paul Weiss and his research group 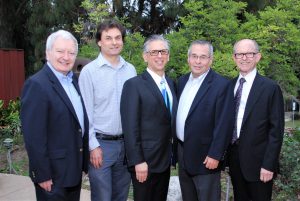 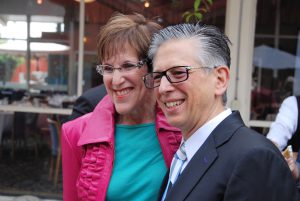