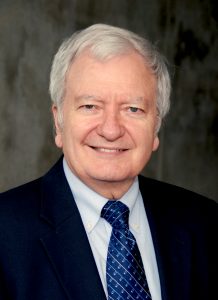 Michael Jung received his BA in 1969 from Rice University and his PhD in 1973 from Columbia University, where he worked with Gilbert Stork as an NSF Fellow. After a one-year NATO postdoctoral fellowship with Albert Eschenmoser at the ETH in Zurich, he joined the faculty at UCLA in 1974, where he is now a Distinguished Professor of Chemistry. He currently consults for 21 industrial laboratories in both biotech and big pharma settings and has founded six companies. He is an authority on synthetic organic and medicinal chemistry and has 64 patents and/or applications arising from both his consulting activities and his own research.

His current synthetic chemistry research interests include the easy preparation of hindered cyclohexenes via Diels-Alder reactions using new acid catalysts, the use of several epoxide rearrangements in synthesis (e.g., the non-aldol aldol reaction), and new types of gem-disubstituent effects. Recently he has expanded his role in medicinal chemistry and drug discovery at UCLA and has more than 15 ongoing collaborations. One of his compounds, Xtandi, was approved in September 2012 for the treatment of castration-resistant prostate cancer while several others are in various clinical and pre-clinical stages. He has supervised 90 PhD and 8 Masters theses and has taught 130 postdoctoral scholars. He has published more than 335 articles and given over 590 lectures on his research.

Prof. Jung has received the American Chemical Society Arthur C. Cope Scholar Award, the Team Science Award from American Association of Cancer Research, and was named a Fellow in the National Academy of Inventors. He recently was the Carl M. Franklin Lecturer on Science and Society at the University of Southern California. He will soon be the Glenn T. Seaborg Award Medalist at UCLA (November 2016). He is an excellent teacher and has won every teaching award offered at UCLA: the Departmental Hanson-Dow Teaching Award, the University Distinguished Teaching Award, and the inaugural Gold Shield Faculty Prize.

Abstract: The process of drug discovery in academia will be discussed with examples of prior and ongoing collaborations, including at least one success story. The areas of research include antitumor agents, osteogenic materials for spinal fusion and osteoporosis, and anti-leukemic agents. In particular, the biology and chemistry leading to the approved drug, enzalutamide (Xtandi) will be described.

Cost: There is a choice of dinner entrees of Tournedos of Filet Mignon w/ Braise Leeks, Black Truffles, and Sauce Bordelaise ($42) or Portobello Mushroom Ravioli Gigante w/Wilted Spinach, Wild Mushroom Fricasse, and White Italian Truffle Oil ($37). Both options include a hosted social hour, salad, dessert, wine with dinner and tax and tip, payable at the door with cash or check. Please RSVP to Nancy Paradiso at office@scalacs.org or 310 327-1216 by Friday, April 15th.

Directions: For directions to the campus, use this link: http://maps.ucla.edu/campus/?locid=83901. Parking is $12 for guest parking in Parking Lot 2 (just south of the Faculty Center). 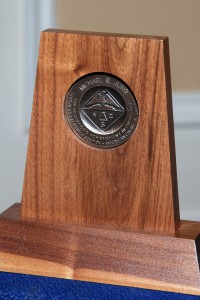 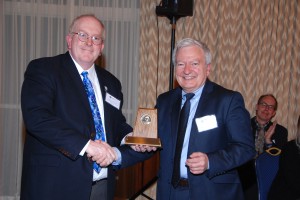 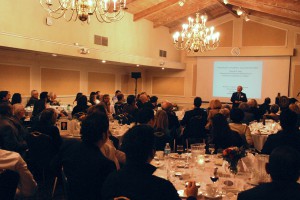 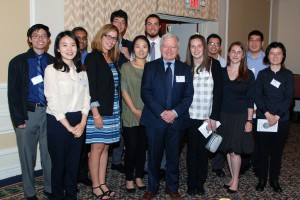 Prof. Jung and his group