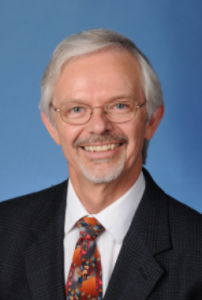 William Evans was born in Madison, Wisconsin and raised in Menomonee Falls, Wisconsin. He received a B.S. degree from the University of Wisconsin, where he did undergraduate research on pentaboranes with Professor Donald F. Gaines. He obtained a Ph.D. from UCLA under the direction of Professor M. Frederick Hawthorne studying metallocarboranes. He did postdoctoral research on transition metal phosphite complexes with the late Professor Earl L. Muetterties at Cornell University. When he began his independent career in 1975 at the University of Chicago, he chose an area of research completely different from his training and experience, namely the chemistry of the rare earth metals and actinides, with the central thesis that the special properties of these metals should lead to unique chemistry. After receiving tenure at Chicago in 1982, he was recruited to the University of California, Irvine, where he has been a Professor since 1983.

Prof. Evans has received the American Chemical Society Award in Inorganic Chemistry, the American Chemical Society Award in Organometallic Chemistry, the Sir Edward Franklin Award of the Royal Society of Chemistry, the Frank Spedding Award for Excellence in the Science and Technology of Rare Earths, the Terrae Rarae Award of the Tage der Seltenen Erden Society in Germany, a Special Creativity Extension Award from the National Science Foundation, the UCI Physical Sciences Outstanding Contributions to Undergraduate Education Award, and the UCI Distinguished Faculty Award for Research.

The Southern California Section extends their warm congratulations to Prof. Evans as the 2014 Recipient of the Richard C. Tolman Medal for his pioneering work in the coordination chemistry of the late elements, notably the lanthanides and actinides. Over the years, he has made a tremendous impact in the use of heavy metal coordination compounds for catalytic, energy and environmental applications.

Abstract: A fundamental aspect of the chemistry of any element is the number of formal oxidation states available in molecules for chemical reactions. The range of accessible oxidation states for all of the elements has been continuously tested for decades and the boundaries were thought to be well-established across the periodic table. However, recently the special environment provided by three silyl-substituted cyclopentadienyl ligands has led to the discovery of the first examples of formal +2 oxidation states in molecular complexes of the following nine metals: yttrium, holmium, erbium, praseodymium, gadolinium, terbium, lutetium, uranium, and thorium. This talk will retrospectively examine the research path that led to these discoveries and discuss the many “roads not taken” that may have led to these results in different ways.

Reservations: There will be a buffet dinner including London Broil, Lemon Caper Chicken, and Penne Pesto. The cost is $45 per person including the hosted social hour and wine with dinner, cash or check at the door. Please RSVP to Nancy Paradiso in the Section Office at office@scalacs.org or 310 327-1216 by Tuesday, May 26th. Note: Please honor your reservation. If you make a reservation and do not attend, you may be liable for the cost of the dinner.

Directions: For directions to the campus and a campus map, please go to http://uci.edu/visit/maps.php.