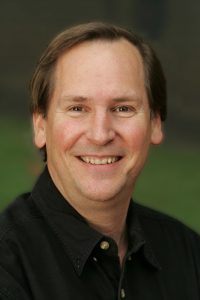 The Southern California Section of the American Chemical Society is pleased to announce the 2013 Recipient of the Richard C. Tolman Award, Mark E. Thompson of USC.

Dr. Mark E. Thompson (Ph.D., California Institute of Technology) is Professor of Chemistry at the University of Southern California.  Dr. Thompson received his B.S. degree in Chemistry in 1980 (U.C. Berkeley) and  his Ph.D. in chemistry in 1985 (California Institute of Technology).  He spent two years as a S.E.R.C. fellow in the Inorganic Chemistry laboratory at Oxford University.  Prof. Thompson took a position in the Chemistry Department at Princeton University in 1987, as an Assistant Professor.  In 1995, Prof. Thompson moved his research team to the University of Southern California, where he is currently a Professor of Chemistry.  His research program involves the study of new materials and devices for electroluminescence, solar energy conversion, chemical/biological sensing and catalysis. Prof. Thompson is the author of approximately 300 papers in refereed professional journals and holds more than 130 patents primarily in the areas of molecular and polymeric materials for optoelectronic applications, organic thin film devices, and heterogeneous catalysis.

“Using Phosphorescent Metal Complexes to Squeeze Every Last Photon Out of an Organic LED”
Mark E. Thompson
Professor of Chemistry and Materials Sciences

Abstract: We have developed a great deal of chemistry around phosphorescent iridium and platinum complexes for monochromatic and white OLEDs. These materials give LEDs with efficiencies close to 100%. The reason that these Ir and Pt complexes perform so much better than pure organic analogs is that the electroluminescent process generates a mixture of singlet and triplet excited states. The strong spin orbit coupling of third row transition metals efficiently mixes singlet and triplet states, allowing us to collect all of the electrically generated excitations. In this talk, I will start with the mechanism of electroluminescence and then move on to our work in studying a wide range of iridium and platinum organometallic complexes, which emit with near unit efficiency from the UV to the nearinfrared. We have prepared high efficiency OLEDs with the visible and NIR emitting materials. I will also discuss our efforts to generate broadband (white) emitting OLEDs. Time permitting, I will discuss our recent results with Copper based phosphors for electroluminescence.

Cost: There is a choice of dinner entree of Red Wine Braised Beef Brisket or Risotto with Roast Roma Tomatoes and Lavender. The cost is $35 which includes the hosted social hour, the meal, and wine with dinner, payable at the door with cash or check. Please RSVP to Nancy Paradiso at office@scalacs.org or 310 327-1216 by Wednesday, April 30th.

Directions: For parking information and a map, go to http://universityclub.usc.edu/html/content.cfm?CID=39. Parking is $10. Enter at Gate 4 (Royal Street and Jefferson Blvd.)