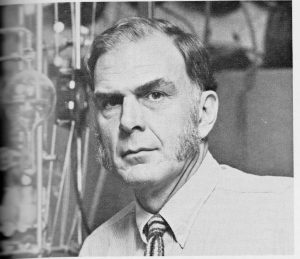 Dr. Rowland is a native of Ohio. After high school, he served a brief period in the US Navy and then obtained a B.A. degree and membership in Phi Beta Kappa at Ohio Wesleyan University. His M.S. and Ph.D. degrees were obtained at the University of Chicago under the direction of W.F. Libby. At Chicago, Rowland successively held Gustavus Swift and NRC-AFC pre-doctoral Fellowships and was elected to the Society of the Signa Xi. Dr. Rowland’s first academic appointment was as an Instructor at Princeton University. This was followed by an Assistant Professorship at the University of Kansas where he rose to the rank of Professor. In 1964, Dr. Rowland moved to the West Coast as Chairman of the Chemistry Department of the newly formed Irvine campus of the University of California. Dr. Rowland held the Chairmanship of that Department until 1970 during which period he also managed to publish some 75 articles of his 200 contributions.

Dr. Rowland presently holds membership in several national and international bodies: The Steering Committee for International Hot Atom Symposia, the Ad Hoc Steering Committee on Nuclear and Radiochemistry (IUPAC) and the U.S. National Committee for CODATA (National Research Council). Earlier professional activities include membership on the Ad Hoc Panel of Stratospheric Effects of chlorofluoromethanes (National Academy of Sciences) and chairmanship and membership of the Executive Boards of two Divisions of the ACS, those of Physical Chemistry and of Nuclear Chemistry and Technology. Dr. Rowland has also served as an consultant on radiochemistry for the International Atomic Energy Agency, Vienna, Austria, and has held John Simon Guggenheim Fellowships on two separate occasions, in 1962 and 1974. In 1975 Dr. Rowland received the John Wiley Jones Award for Environmental Chemistry from the Rochester Institute of Technology and the ACS Award for Service to Chemistry, Orange County Section.

Dr. Rowland is married to the former Joan Lundberg, and the Rowlands have two children, Ingrid and Jeffrey.

The Citation: In recognition of his contributions to the basic understanding of the chemical reactions of energetic atoms produced by nuclear transformation, i.e., the “hot atom” reactions of various radioactive elements principally recoil tritium and 18F; for studies of the gas phase formation and reactions of carbenes; for recognition of the potential threat of the stratospheric reactions of the chlorofluoromethanes and for his role in the building of a distinguished new Department of Chemistry in the Southern California area.

“Trace Chemical Species in the Environment”

Abstract: The increased sensitivity of chemical analytical techniques has resulted in much greater knowledge of the detailed chemical composition of our environment. Sometimes, as with carbon-14, immeasurable additional information has aided in reconstruction of the past. In other cases, much has been learned about the present, unfortunately all too often in the form of an environmental hazard. With the chlorofluorocarbon compounds, predictions of future consequences have been feasible. The measurement and interpretation of trace species in the environment will be an increasingly important aspect of chemistry in the next decade. 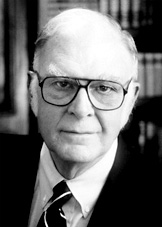