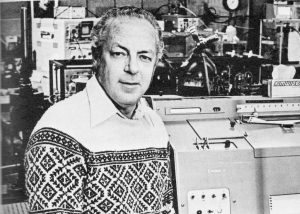 Abstract: Expoxides of aromatic metabolites such as phenyl alanine and tryptophane are normal intermediates in the biosynthesis of important biological compounds (tyrosine, seretonin, etc.) while epoxides of polycyclic hydrocarbons are formed in the normal course of detoxification of xenobiotic compounds. Among the latter epoxides are found the carcinogenic K-region oxides and a series of epoxides which upon hydrolysis and re-epoxidation yield the so-called bay-region-tetrahydro-diol-epoxides. These compounds are the ultimate carcinogenic agents formed from polycyclic aromatic hydrocarbons. A comparison of the chemistry of the various classes of epoxides derived from aromatic hydrocarbons will be presented. Of particular concern will be a discussion of the mechanisms and efficiencies of re-arrangement reactions (NIH shift, oxygen walk) and nucleophilic additions and how these reactions relate to carcinogenicity.

Reservations: Call Betty at 469-7278 before 3:00 p.m., Tuesday, April 17, 1979. The cocktail hour will be hosted by friends of the awardee in Santa Barbara. Roast sirloin of blue ribbon beef dinner will be $8.50 per person with reservations. Due to limited seating, no dinner can be served without reservations. Non-ACS members and guests are welcome to attend. If you do not wish to dine, you may attend the meeting at 2224 Young Hall, UCLA Campus, at 8:00 p.m. for the Award Address.