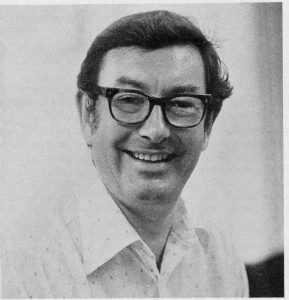 The Recipient: Harry B. Gray is W.R. Kenan, Jr. Professor at the California Institute of Technology. He first worked on the mechanisms of inorganic substitution reactions with Fred Basolo and Ralph G. Pearson at Northwestern University, where he earned his Ph.D. in 1960. The following year, he was an NSF Postdoctoral Fellow at the University of Copenhagen, where he collaborated with Carl J. Ballhausen on studies of the electronic structures of metal complexes. From Copenhagen, he went to Columbia University, where he was professor of chemistry, and to Caltech in 1966. He has been the Chairman, Division of Chemistry and Chemical Engineering at Caltech from July 1978 to present.

Professor Gray has received national and international awards and honors which include the E.C. Franklin Memorial Award (1967), American Chemical Society Award in Pure Chemistry (1970), Shoemaker Award (1970), Phi Lambda Upsilon Fresenius Award (1970), election to membership in the National Academy of Sciences (1971), Manufacturing Chemist’s Association Award for Excellence in Chemistry Teaching (1972), Harrison Howe Award (1972), Phi Beta Kappa Scholar (1973-74), election to foreign membership in the Royal Danish Academy of Sciences and Letters (1974), the American Chemical Society Award in Inorganic Chemistry (1978), American Chemical Society Remsen Award (1979), and election to membership in the American Academy of Arts and Sciences (1979). Professor Gray is a member of the American Chemical Society and the National Research Council in the Division of Chemistry and Chemical Technology. He also serves on the editorial boards of several journals and is a member of the Visiting Committee of the Chemistry Department at the Brookhaven National Laboratory and of the Chemistry Department at MIT. Professor Gray has published 280 research papers and 14 books. His current research interests are in the areas of bioinorganic chemistry and inorganic photochemistry.

Abstract: Various approaches to the problem of solarchemical energy storage will be outlined. Attention will be concentrated on the mechanisms employed by polynuclear rhodium isocyanide complexes that produce hydrogen solarchemically in acidic aqueous solutions. Solarchemical generation of binuclear rhodium and iridium complexes in mixed-valence (M+2 and M32+) states has been achieved, and the possible intermediacy of these species in energy storage reactions will be discussed.