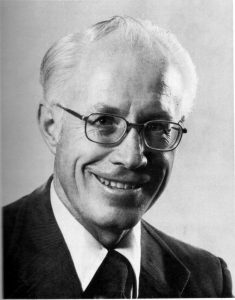 The Recipient: Donald T. Sawyer received both his B.S. degree (1953) and Ph.D. degree (1956) from UCLA in the field of Analytical Chemistry. From 1956 until the present, he has been a faculty member in the Department of Chemistry at the University of California, Riverside. He served as Chairman of the department from 1966 to 1970, and as Dean of the College of Physical Sciences from 1970 to 1974. Since 1980 he has had a joint research appointment at the Department of Botany and Plant Sciences. During 1962-63, he was awarded a John S. Guggenheim Fellowship for study at the University of Cambridge, England, and in 1970 was appointed Visiting Research Fellow at Merton College, Oxford, England.

Professor Sawyer is the author of approximately 180 research publications in the areas of electroanalytical chemistry, bioinorganic chemistry, redox chemistry and activation of dioxygen, physical chemical studies of metal chelates, and gas chromatography. He also is the co-author of four books: Experimental Electrochemistry for Chemists, Electrochemical Studies of Biological Systems, Quantititative Analysis, and Experiments for Instrumental Methods. He is a member of the American Chemical Society and Sigma Xi. He was Chairman of the 1971 Gordon Research Conference on Analytical Chemistry, has served on advisory panels for NSF, NIH, and the Research Corporation, and was Science Advisor to the Los Angeles District of the Food and Drug Administration from 1975 to 1982. During the past two decades, some 30 Ph.D. candidates and 35 postdoctoral associates have studied with Professor Sawyer. Recent honors include election as a Fellow of the American Association for the Advancement of Science; award of a Fellowship by the Japan Society for the Promotion of Science, and as a Distinguished Visiting Lecturer at the 12th National Meeting of the Chilean Chemical Society.

Abstract: Primitive life, which evolved on Earth in the absence of dioxygen, was restricted to hydrogen sulfide as a source of hydrogen atoms for bacterial photosynthetic energy transfer. With the development of blue-green algae and photosystem II, water replaced H2S as the source of reducing equivalents to give dioxygen as a by-product. This had devastating consequences for anaerobic life, brought about revolutionary changes in the chemical composition of the oceans and the atmosphere, and made possible the evolution of higher forms of life and terrestrial organisms. For aerobic life to make constructive use of dioxygen (respiration and oxidation metabolism) required the development of a series of oxygen-transport systems and oxygen-activating catalysts metalloproteins).

Reduction of dioxygen by electron-transfer yields superoxide ion (O2)–, which, in the presence of protons, metal ions, or metalloenzymes, is further activated to hydrogen peroxide and metalloperoxides. Such activation makes possible the effective utilization of dioxygen in biological and industrial processes as an oxidant, oxidase, monooxygenase, and dioxygenase. Several activated forms of dioxygen are toxic, which has required the development of protective enzymes. However, the white blood cells utilize chloride-activated dioxygen (“swimming pool chemistry”) to destroy bacterial infections. Likewise, activation of dioxygen to superoxide provides an effective reagent for synthesis and for the degradation of hazardous holgenated-hydrocarbon industrial wastes. The redox chemistry of dioxygen and the mechanisms for its synthesis, activation, and reactivity in biology and chemistry will be discussed.