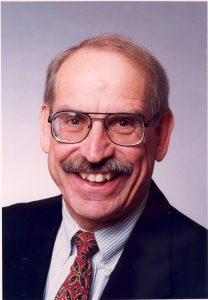 Bercaw is a Fellow of the American Association for the Advancement of Science (1986), a member of the National Academy of Sciences (1990), a Fellow of the American Academy of Arts and Sciences (1991), and was awarded an Honorary Doctorate of Science from the University of Chicago in 2001. He has received the American Chemical Society awards in Pure Chemistry (1980), for Organometallic Chemistry (1990), for Distinguished Service in the Advancement of Inorganic Chemistry (1997), the George A. Olah Award for Hydrocarbon or Petroleum Chemistry (1999), and an Arthur C. Cope Scholar Award (2000). He held the Sir Edward Frankland Prize Lectureship of the Royal Society of Chemistry in 1992, received the Basolo Medal (Northwestern, 2005), and the Bailar Medal (University of Illinois, 2003).

His research interests are in synthetic, structural and mechanistic organotransition metal chemistry. Investigations include catalysts for polymerization of olefins, investigations of hydrocarbon hydroxylation with transition metal complexes, and the development of catalysts for syngas and light alkane conversions to chemicals and fuels. He has published over 285 peer-reviewed scientific articles.

“Hydrocarbon Upgrading to Fuels and Chemicals: Progress towards Homogeneous Catalysts”

Abstract: Current technologies for conversion of natural gas and petroleum to fuels and commodity chemicals are energy intensive and polluting. New catalytic processes that are more efficient and “greener” are required to reduce CO2 emissions and to more effectively utilize our fossil fuel reserves. Fundamental research efforts directed towards developing (1) a selective, homogeneous catalyst for direct, partial oxidation of light alkanes, and (2) a homogeneous catalyst system for converting syngas (a mixture of CO and H2), obtained by steam reforming of light alkanes, to Cn>1 products will also be discussed.

Reservations: There is a garlic roasted chicken dinner. Vegetarian meal is available upon request. The cost is $50 which includes the hosted social hour, the meal, wine with dinner and valet parking. Please call Nancy Paradiso in the Section Office at (310) 327 – 1216 or email office@scalacs.org by Monday, April 15, 2013.

Directions: A map and directions are available on the Athenaeum website: https://www.athenaeumcaltech.com