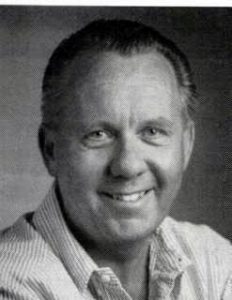 Dr. Wilkins has over 170 research publications, and he is the co-author or editor of six books, all of which deal with applications of computers in chemistry. He has served as the chairman of both the Computer in Chemistry and the Analytical Chemistry Divisions of the American Chemical Society. He is currently a member of the editorial boards of Applied Spectroscopy Reviews, Computers and Chemistry, Mass Spectrometry Reviews, Journal of Chemical Information and Computer Sciences, and Journal of the American Society for Mass Spectrometry. Other recent honors include the 1994 Pittsburgh Analytical Chemistry Award and the 1994 Faculty Research Lecturer at the University of California, Riverside.

Dr. Wilkins has made contributions to several areas of analytical and bioanalytical chemistry and to the use of computers in chemical education and in the chemical laboratory. His notable achievements in the field of chemical instrumentation included the first analytical Fourier transform mass spectrometer and innovative work in the area of laser desorption-FTMS. His most recent work has demonstrated that mass resolution of greater than 10,000 can be obtained for matrix-assisted laser desorption FTMS of biomolecules like bovine insulin and cytochrome c.

A colleague has stated that “largely through his efforts, the University of California, Riverside has developed one of the strongest analytical chemistry programs in the country over the past ten years.” He was also instrumental in the establishment of the Southern California Regional Mass Spectrometry Faculty at UCR.

The Southern California Section of the American CHemecal Society is pleased to announce the award of the 1994 Tolman Medal to Professor Charles Wilkins in recognition of his outstanding contributions to chemistry.