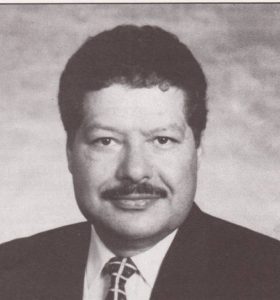 Ahmed Zewail is the Linus Pauling Professor of Chemistry and Professor of Physics at the California Institute of Technology, and Director of the NSF Laboratory for Molecular Sciences (LMS). He received his B.S. and M.S. degrees from Alexandria Univeristy, and his Ph.D. from the University of Pennsylvania. Dr. Zewail was appointed to the faculty at Caltech in 1976, after two years as an IBM Fellow at the University of California at Berkeley. He became a full professor in 1982, and was honored by benign named the first Linus Pauling Chair at Caltech in 1990.

Dr. Zewail has been instrumental in exploring femtochemistry, which involves the study of chemical reactions in real time. The femtosecond time scale conveys incredibly small intervals of time, one-quadrillionth of a second.

Zewail’s seminal research approach uses pulses of light to initiate a chemical reaction, then other pulses to take “snapshots” of the steps in the process. He has said that “Understanding molecular behavior is the prerequisite to understanding just about anything else in our chemical and biological universe. How atoms and molecules behave as chemical reactions unfold is the core of femtochemistry”.

Ahmed Zewail, the Linus Pauling Professor of Chemistry, and professor of physics at the California Institute of Technology and the recipient of the 1999 Chemistry Nobel Prize passed away on Tuesday, August 2, 2016. He was 70 years old.

Ahmed Zewail was the 1997 recipient of the Southern California Section’s Richard C. Tolman Medal for his pioneering developments in femtoscience, He was the sole recipient of the 1999 Nobel Prize in Chemistry making possible observations of atoms in motion on the femtosecond (10-15 seconds) time scale. These developments led to the establishment of the discipline of femtochemistry. More recently, he and his group developed “4D” electron microscopy for the direct visualization in the four dimensions of space and time of materials and biological behaviors. The American Chemical Society also recognized Zewail with its highest honor, the Priestley Medal, in 2011.

Born in 1946 in Damanhur, Egypt, Zewail received his early education in Egypt and earned his BS and MS degrees from Alexandria University in 1967 and 1969. He received a PhD from the University of Pennsylvania in 1974 and completed an IBM postdoctoral fellowship at UC Berkeley before joining the faculty at Caltech in 1976 as an assistant professor and became a professor in 1982. He was Linus Pauling Professor of Chemical Physics from 1990–97, was named professor of physics in 1995, and was named Linus Pauling Professor of Chemistry in 1997.

Zewail held U. S. and Egyptian citizenship and maintained close ties with his place of birth. In one show of solidarity with his native Egypt, Zewail quickly headed to the Middle East as the events of the Arab Spring unfolded in early 2011 on the streets of Cairo, Alexandria and other Egyptian cities. While there, he promoted peaceful regime change and served as a moderator between students and government bodies. Following the Egyptian revolution, the government established Zewail City of Science and Technology as the national project for scientific renaissance, and Zewail became its first chair of the Board of Trustees.

In 2009, President Barack Obama appointed Zewail to the Council of Advisors on Science and Technology, and in the same year he was named the first U.S. Science Envoy to the Middle East. In that capacity, he promoted scientific and educational collaborations between the U.S. and countries in the Middle East—part of a plan to foster friendlier relations and improve U.S. standing in that region. Subsequently, in 2013, Secretary General of the United Nations Ban Ki-moon invited Zewail to join the U.N. Scientific Advisory Board. In Egypt, he served in the Council of Advisors to the President.

Zewail is survived by his wife, Dema Faham, and his four children, Maha, Amani, Nabeel, and Hani.
(From the September 2016 issue of SCALACS Magazine) 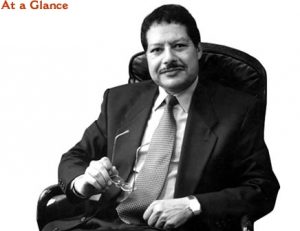 *The 1999 Nobel Prize in Chemistry was awarded to Ahmed Zewail “for his studies of the transition states of chemical reactions using femtosecond spectroscopy”.

Prize motivation: “for his studies of the transition states of chemical reactions using femtosecond spectroscopy”

Life
Ahmed Zewail was born in Damanhur, Egypt, and grew up in Alexandria. His father worked as a bicycle and motorbike fitter before becoming a government official. After studying at the university in Alexandria, Zewail moved to the US to undertake his PhD at the University of Pennsylvania in Philadelphia. After some time spent working at the University of California, Berkeley, Zewail transferred to the California Institute of Technology in Pasadena in 1976, where he continues to work. Ahmed Zewail is married with four children.

Work
Chemical reactions in which molecules held together by atoms meet and reorganize into new compounds are one of nature’s most fundamental processes. This transition from one constellation to another happens very quickly. The process is possible because the atoms inside a molecule vibrate. The time between these vibrations is very short – 10-100 femtoseconds. In the late 1980s Ahmed Zewail developed methods for studying chemical reactions in detail. By using laser technology to produce flashes of light just a few femtoseconds long, reactions can be mapped.