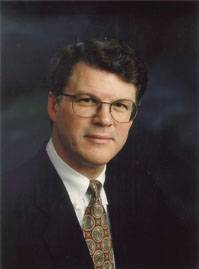 Peter B. Dervan was born on June 28, 1945 in Boston, Massachusetts. He received his B.S. degree from Boston College in 1967. Dervan began research in physical organic chemistry working with Professor Jerome A. Berson at Yale University and received his Ph.D. degree in 1972. After a postdoctoral appointment at Stanford University, he joined the faculty at the California Institute of Technology in 1973 where he is now the Bren Professor of Chemistry in the Division of Chemistry and Chemical Engineering.

Peter Dervan has pioneered a field of bioorganic chemistry with studies directed toward understanding the chemical principles for the sequence specific recognition of the genetic material, DNA. Dervan and his co-workers have combined the art of synthesis, physical chemistry, and biology to create novel synthetic molecules with affinities and sequence specificities comparable to Nature’s proteins for any predetermined DNA sequence. This physical organic approach to DNA recognition underpins the design of cell-permeable molecules for the regulation of gene expression. His work could have profound implications for human medicine.

Dervan is considered an outstanding teacher having won several “excellence in teaching awards” from the Caltech undergraduates. He has mentored over 100 predoctoral and postdoctoral co-workers. In addition to teaching, research and administrative duties, he serves on several Scientific Advisory Boards for the pharmaceutical and biotechnology industries, as well as the Robert A. Welch Foundation.

“A Chemist’s Journey Toward Genetic Medicine”

The Athenaeum is located at the corner of Hill and California in Pasadena.
From LA, take the 110 fwy. north to the end, continue on Arroyo Parkway to California, turn right to Hill.
From the 210 fwy., take Hill south to California.
Free parking in the Athenaeum lot or on the street.