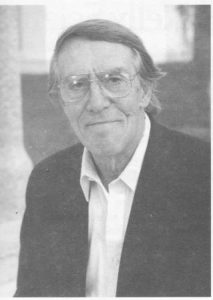 Peter Michael Rentzepis was born in Kalamata, Greece. He received his elementary and secondary education in the 1st Lykion of Kalamata and then was awarded a fellowship to study overseas. He completed the B.S. and M.S. degrees in Chemistry in the United States and was awarded the Ph.D. degree in Chemistry from the University of Cambridge, England. Immediately after the Ph.D., he accepted a position at Bell Laboratories, Murray Hill, NJ, USA, as a member of the Technical Staff. During the early years at Bell Laboratories, Dr. Rentzepis contributed to the development of the laser and its application to physics, chemistry and biology.

Dr. Rentzepis originated the field of picosecond, ultrafast spectroscopy, and was the first to apply the ultrafast pulses in the determination of the kinetics, transient spectra and lifetimes of excited states and metastable species.

Professor Rentzepis was the first scientist to measure and use ultrashort pulses. In 1967, Dr. Rentzepis performed the first experiments which measured directly the ultrafast relaxation, 4.5 x 10-12 s, of a transient state. He was also the first to show that ultrashort pulses are generated by laser, by the fast picosecond 10-12 s pulses. These pulses are used today in scientific fields that extend from surgery to optical communication, and plasma physics to digital entertainment.

Dr. Rentzepis was appointed Head of Chemistry at Bell Laboratories, where he supervised the research of many Ph.D., M.S. and B.S. research and development workers. He also continued his own research. He was the first scientist to determine the ultrafast kinetics of the visual process. He was the first to measure the kinetics, spectroscopy and dynamics of the first events in photosynthesis which resulted in the understanding of the means by which plants convert light into chemical energy, and the explicating of the mechanism of photosynthesis.

Quantum mechanical tunneling has been proposed theoretically and observed experimentally in electrons. However, the first experiment which showed and measured quantum mechanical tunneling of a particle was performed by Dr. Rentzepis in 1968, when he measured the transient lifetime of a proton as a function of temperature. This phenomenon is extremely important in solid state science and technology where tunneling in diodes and other devices and materials is a common occurrence. In the liquid phase, Dr. Rentzepis was the first to study the ultrafast dynamics of solvated electrons and the reaction kinetics and mechanism of chemical and biological reactions in solution. Some of his pioneering studies include vibrational relaxation, intersystem crossing, stimulation, emission excited state dynamics, and photodissociation transient species.

In 1985 Dr. Rentzepis accepted the Presidential Chair and a professorship at UC Irvine. Dr. Rentzepis developed, at the University of California, Irvine, the field of ultrafast time resolved x-ray diffraction and EXAGS to accelerate the understanding of the structure of excited states and ultrafast decaying, of metastable intermediate species. This experimental field measures and identifies structures with lifetimes as short as 10-12 s, or even less. The Rentzepis inexpensive table-top time-resolved x-ray experimental system has most of the capabilities of the very large, very expensive ($100’s M) time-resolved x-ray synchrotron systems. Rentzepis’ time-resolved x-ray experiments showed that the transient structures of metals, semiconductors and molecules in the liquid and condensed phases can be measured with 10-3 Å bond length and 10-12 s time resolution. In addition, the time resolved EXAFS experiments of Professor Rentzepis have enabled the measurement of the structure of transient molecules dissolved in liquids, and also the structure of the first few coordination layers of the solvent.

The transient structure field promises to rival in importance the field of ultrafast phenomena, both pioneered by Professor Rentzepis.

Professor Rentzepis has contributed to the field of non-linear spectroscopy, especially two-photon spectroscopy, since 1965. He used it to measure the first ever picosecond pulses. He also realized that the inherent absorption enabled by the two-photon process takes place inside a volume, without any effect on the surface or other areas of a volumetric object and thus designed the first 3-dimensional optical storage memory device. This system is proving to be the 3D storage disk of the future with the capability of 100 TB/disk and fast parallel access. Indeed, a corporation, Call/Recall Inc., has been using this invention to bring 3D optical storage devices to the market place in the near future. Professor Rentzepis has published some 400 scientific papers in refereed journals, has written or edited five books and holds 62 patents. For his achievements in science he has been awarded many national and international prizes and is a member of National and Foreign Academies of Sciences.

********
Tolman Award Dinner
Thursday, May 2, 2002
At
The Beckman Center
California State University at Irvine
“Chemistry in the Blink of An Eye”

Reservations: The cost of the dinner is $45 including tax, tip and wine with dinner. The dinner is Mustard Chicken. Please call the Section Office at (310) 327-1216 by Thursday, April 18th for reservations.