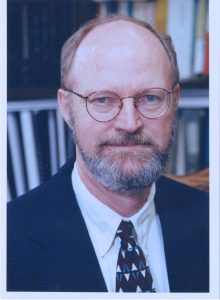 Dr. Robert H. Grubbs is the Victor and Elizabeth Atkins Professor of Chemistry at the California Institute of Technology, Pasadena, California, USA, where he has been a faculty member since 1978. Before moving to Caltech, he was at Michigan State University from 1969 to 1978 achieving the rank of Associate Professor.

The research group of Grubbs is involved in the design, synthesis, and mechanistic studies of complexes that catalyze basic organic transformations. The major focus of the group over the past few years has been on the olefin metathesis reaction. To optimize the utility of this reaction, new catalysts have been developed that are extremely tolerant of organic functional groups. This reaction has been used to prepare families of new polymeric structures from the ring opening polymerization (ROMP) of cyclic olefins that have useful mechanical, electronic or optical properties. The key to this work has been the use of well-defined catalysts that grow living polymers. In addition to their use as initiators for polymerizations, these catalysts have been found to have numerous applications in organic synthesis. He has 60+ patents and 395+ publications.

Professor Grubbs’ awards have included Alfred P. Sloan Fellow (1974-76), Camille and Henry Dreyfus Teacher-Scholar Award (1975-78), Alexander von Humboldt Fellowship (1975), ACS National Award in Organometallic Chemistry (1988), the Arthur C. Cope Scholar Award (1990), the ACS Award in Polymer Chemistry (1995), the Nagoya Medal of Organic Chemistry (1997), the Fluka Reagent of the Year (1998), the Mack Memorial Award (1999), the Benjamin Franklin Medal in Chemistry (2000), the ACS Herman F. Mark Polymer Chemistry Award (2000), the ACS Herbert C. Brown Award for Creative Research in Synthetic Methods (2001), the ACS Arthur C. Cope Award (2002), and the ACS Award for Creative Research in Homogeneous or Heterogeneous Catalysis (2003). He was elected to the National Academy of Sciences in 1989, and a Fellow of the American Academy of Arts and Sciences in 1994.

Reservations: The cost of dinner is $50 per person. The entrée is Chicken Breast with Mushroom Risotto. Please call the Section office at (310) 327-1216 by Monday, May 5th for reservations. 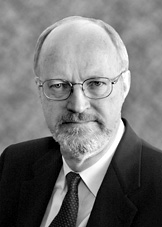 *The 2005 Nobel Prize in Chemistry was awarded jointly to Yves Chauvin, Robert H. Grubbs and Richard R. Schrock “for the development of the metathesis method in organic synthesis”.

Affiliation at the time of the award: California Institute of Technology (Caltech), Pasadena, CA, USA

Prize motivation: “for the development of the metathesis method in organic synthesis”

Organic substances – a multitude of chemical compounds that contain the element carbon – are the basis of all life. Metathesis is an important type of chemical reaction in assembling or synthesizing organic substances. In metathesis double bonds between carbon atoms are broken and reorganized at the same time as atomic groups change place. Around 1992 Robert Grubbs discovered a metallic compound that effectively facilitates metathesis and is stable in the air. Metathesis has enabled more effective and environmentally sound processes in industry.