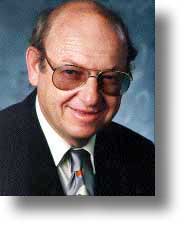 Professor Wudl received a B.S. (1964) and a Ph.D. (1967) degree from UCLA where his dissertation work was done with Professor Donald J. Cram. After postdoctoral research with R.B. Woodward at Harvard, he joined the faculty of the State University of New York at Buffalo. In 1972 he moved to AT&T Bell Laboratories and ten years later he moved to UCSB, where he served as Professor of Chemistry and Materials and Associate Director of the Institute for Polymers and Organic Solids. In 1997 he moved to UCLA to occupy the Dean M. Willard Chair of Chemistry and Materials (formerly Courtaulds Professor of Chemistry) and to become director of the Exotic Materials Institute.

He is a professor in the Department of Chemistry and Biochemistry as well as the Department of Materials Science and Engineering at UCLA and is the director of the Materials Creation Training Program, an NSF sponsored training grant. He is an associate editor of Molecular Crystals and Liquid Crystals, a Regional Editor (USA) of the Journal of Materials Chemistry, an Editorial Board member of the Journal of Materials Science and an Advisory Board member of Synlett. He has co-authored over 400 scientific papers and holds 13 U.S. patents.

He is most widely known for his work on organic conductors and superconductors. He discovered the electronic conductivity of the precursor to the first organic metal and superconductor. In the recent past he has been interested in electronically conducting polymers, where he discovered the first transparent organic conductor and the first self-doped polymers. Currently he is interested in self-mending engineering plastics, where he published the first pioneering work. He is also researching the optical and electrooptical properties of processable conjugated polymers as well as in the organic chemistry of fullerenes and the design and preparation of organic ferromagnets, particularly ferromagnetic organic metals.

Abstract: It is possible that most of the current practitioners’ careers in physical organic chemistry have tracked the evolution of the field itself. The discipline had its origins with the Ingold school in England and the Hammett, Winstein, Cram, Olah, etc contributions in the USA. The elucidation of reaction mechanisms was the principal preoccupation from the 1940’s to the early 1970’s. Later the field evolved into theoretical aspects as well as directed molecular organization (self assembly) and solid state properties, ultimately leading to organic electronics.

In this lecture I will illustrate this “evolution” with examples of contributions from our group from 1970 – 2006 in the area of synthesis, asymmetric synthesis, alkali metal complexation, organic electronics and fullerene chemistry. The molecules and processes shown here and below are a few illustrative examples that will be covered.

Dinner: There is an entrée choice of Sauteed Alaskan Halibut Fillet or Sliced Stuffed Medallions of Chicken Bressane. The dinner will come with Fanned Belgian Endive and Mesclun Salad and Rum Chocolate Mousse Cake for dessert. Vegetarian entrée available upon request.

Cost: $31 per person including dinner, wine with dinner, tax and gratuity. Please note that there is an $8 charge for parking in addition.

Directions: From the I-405 (San Diego Freeway): From the 405 freeway take the Sunset Blvd. exit and go east. Turn right on Hilgard Avenue then turn right on Westholme (the second traffic light) and enter the UCLA campus. Go to the parking and information kiosk to your right and request parking in Lot 2 which is across the street from the Faculty Center. Directions are also available on the web at: http://facultycenter.ucla.edu/access.htm. There is an $8 parking fee.