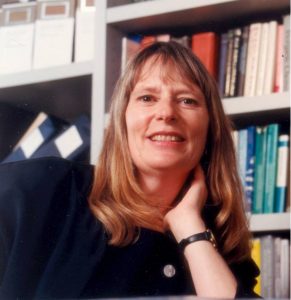 Dr. Finlayson-Pitts’ research interests include the photochemistry, kinetics and mechanisms of atmospheric reactions, especially heterogeneous reactions. Current studies include the chemistry of sea salt particles, organics and oxides of nitrogen, and the photochemistry of species at interfaces. She is currently Director of AirUCI, one of seven NSF-funded Environmental Molecular Sciences Institutes in the U.S. Dr. Finlayson-Pitts is author or coauthor of more than 120 peer-reviewed articles, as well as two books, ATMOSPHERIC CHEMISTRY: FUNDAMENTALS AND EXPERIMENTAL TECHNIQUES (Wiley, 1986, 1098 pp.), and CHEMISTRY OF THE UPPER AND LOWER ATMOSPHERE (Academic, 2000, 946 pp.) which she coauthored with James N. Pitts Jr. Her teaching has included physical chemistry, instrumental analysis, freshman chemistry, chemistry for non-science majors, and graduate seminars and courses in atmospheric chemistry. She developed a number of new undergraduate experiments centered around the theme of the analysis of complex environmental mixtures; these are described in six papers published in the Journal of Chemical Education.

She has received a number of awards and honors, including election as a Fellow of the American Association for the Advancement of Science in 1993 and a Fellow of the American Geophysical Union in 2002. She was awarded the “Service Through Chemistry” award of the Orange County Section of the American Chemical Society in 1999. At the University of California, Irvine, she was awarded a School of Physical Sciences Award for Outstanding Contributions to Undergraduate Education in 1997 and in 2000, the Graduate Voice Faculty Mentor Award for graduate student mentoring. She is the recipient of the 2004 American Chemical Society Award for Creative Advances in Environmental Science & Technology. In 2006 she was elected to both the American Academy of Arts & Sciences and to the National Academy of Sciences.

“Reactions at Interfaces in the Atmosphere: A Challenge for the Chemical Community”

Abstract: The complex chemistry of the lower atmosphere involves a variety of organic compounds and oxides of nitrogen and sulfur, and is driven by oxidants such as O3 and the OH and NO3 free radicals. The impacts of this chemistry range from local and regional air pollution to global climate change. While much of the gas phase chemistry has been studied, there is far less known about “heterogeneous” processes. The latter typically involves interactions of gases with liquids and solids found in the troposphere in the form of suspended particulate matter as well as the surfaces of buildings, vegetation and biological surfaces such as the lung. It has only recently been recognized that reactions at the interface between air and such surfaces may have unique kinetics and mechanisms, and play an important role in the chemistry of the lower atmosphere and perhaps in its impacts as well. Some examples of this interface chemistry will be discussed in the context of the continuum from local/regional air pollution to climate change, and the interaction of anthropogenic with natural emissions.

Cost: There is a buffet dinner. The cost is $45 including wine with dinner, tax, and tip.

Directions: A map and individualized google directions are available at http://www.uclub.uci.edu/Directions.php. Free parking is available in the University Club Parking Lot 18B.