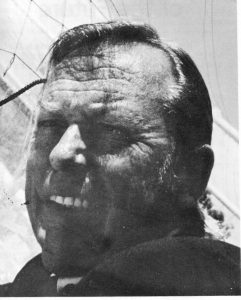 The Recipient: Dr. Pitts is Professor of Chemistry and Director of the University of California Statewide Air Pollution Research Center at Riverside. He attended UCLA prior to World War II and took his Ph.D. there graduating in 1949. During the war, he was a research scientist in chemical and biological warfare for the National Defense Research Committee. From 1949 to 1954, he served on the faculty at Northwestern University, and then became a founding member of the UCR faculty where he was the first Chairman of the Department of Chemistry.

He was a Visiting Professor at Shell Development Company in 1958, a Guggenheim Fellow in 1961 at Oxford, a Research Fellow of Merton College, Oxford, in 1965, and a Visiting Scholar at the University of Washington, Seattle in 1982.

Dr. Pitts was elected Faculty Research Lecturer at UCR in 1965, and in 1973 received the award of the Orange County Section of the American Chemical Society for “Service Through Chemistry.” In 1978, he was the Dreyfus Lecturer at Hope College; in 1979 the recipient of the Clean Air Award of the California Lung Association, and in 1982 the recipient of the Frank A. Chambers Award from the Air Pollution Control Association for “Outstanding achievement in the science and art of air pollution control.” In 1982, he also received recommendations for his research on atmospheric chemistry and services to the State of California from the California Air Resources Board through Resolution 82-36, and from the California State Legislature through Resolution 2548.

He has coauthored two books, Photochemistry and Graduation School of Sciences – Entrance, Survival and Careers, and for ten years was co-editor for Advances in Environmental Science and and Technology and Advances in Photochemistry.

Dr. Pitts currently serves on the Scientific Advisory Committee on Acid Deposition for the California Legislature and the Committee on the Environment of the National Association of State University and Land-Grant Colleges.

His research efforts have focused on fundamental processes in photochemistry and photooxidations and their application to atmospheric chemistry, including photochemical smog, acid rain, airborne toxics and mutagenic and/or carcinogenic pollutants. He is an author or co-author of some 300 research publications in these areas.

Abstract: A decade ago, photochemical air pollution, acid rain, and the fates of airborne toxic chemicals and pesticides were often considered as important, but generally unrelated, phenomena in our troposphere. We now know they are closely interrelated, and that such labile species as the gaseous hydroxyl and nitrate radicals and nitrous acid play key roles in today’s computer-kinetic models used in developing cost-effective control strategies for these problems of such scientific and societal interest. The identification, measurement and reactions of these “trace” constituents in simulated and real Southern California atmospheres will be discussed, with emphasis on recent advances in tropospheric chemistry made through the use of sophisticated long path infrared and UV/visible spectroscopic techniques.

James Pitts died of natural causes at his home in Irvine, California, on June 19, 2014, at the age of 93. He was survived by his wife, Barbara Finlayson-Pitts, and three daughters, Linda Lee, Christie Hoffman and Beckie St. George. For his obituary and biography, please see the UCI website.