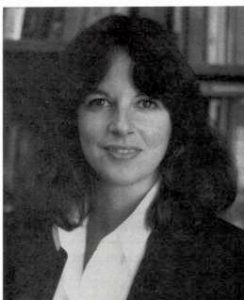 Dr. Barton has received numerous awards. These include the Alan T. Waterman Award of the National Science Foundation (1985), awarded to the outstanding young scientist in the United States, and the American Chemical Society (ACS) Award in Pure Chemistry (1988). She has also received the ACS Eli Lilly Award in Biological Chemistry (1987), the ACS Baekeland Medal (1991), the Fresenius Award (1986), the ACS Garvan Medal (1992) and the Mayor of New York’s Award of Honor in Science and Technology (1988). She was a fellow of the Sloan Foundation, a Dreyfus Teacher-Scholar, and an NSF Presidential Young Investigator. She is a recipient of a prestigious MacArthur Foundation Fellowship (1991) and she has been elected a member of the American Academy of Arts and Sciences (1991). She has received several honorary degrees and university medals, including the 1992 Columbia University Medal of Excellence. She has, in addition, served the chemical community through her participation in a wide range of governmental and industrial boards and advisory committees.

Dr. Barton’s research has focused on designing transition metal complexes which target and probe specific sites along DNA and RNA. Using chiral coordination complexes, matching their shapes, symmetries, and functionalities to sites along the strand, she has developed complexes which recognize nucleic acid sites with high specificity. These synthetic transition metal complexes have been useful in exploring principles in molecular recognition, as mimics for gene regulatory proteins, as photophysical and photochemical probes of nucleic acids, and in exploring reactions on nucleic acids such as electron transfer chemistry.

Abstract: Transition metal complexes have been designed which bind DNA by intercalation in the major groove. These complexes provide useful tools to explore site-specific recognition of DNA and to probe DNA-mediated reactions. Rhodium complexes have been prepared which bind DNA sites with affinities and sequence-specificities rivaling DNA-binding proteins. Rutherium and osmium complexes serve as molecular light switches for DNA, luminescing upon intercalation in the helix. Together, these rutherium and rhodium complexes have been applied to explore long range electron transfer chemistry mediated by the DNA r-stack. Hence, coordination chemistry provides a rich variety of tools to probe the DNA helix, both its specific structure and reactions.